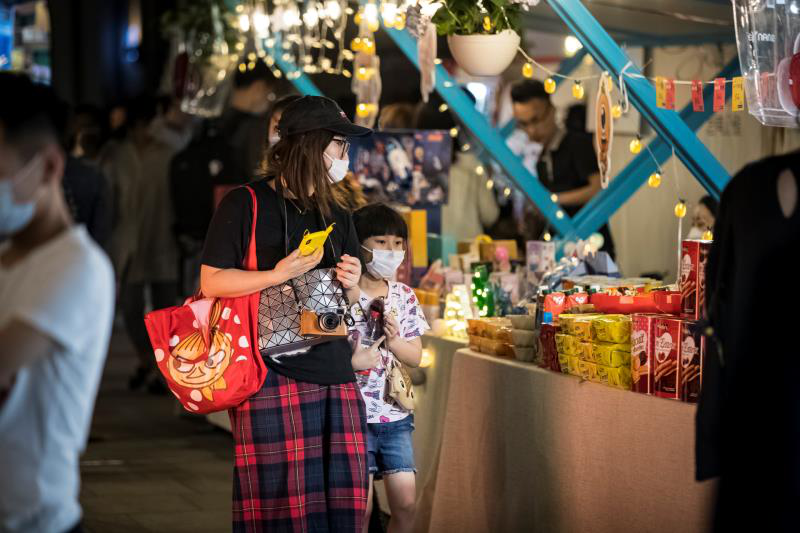 Cities around China started allowing people to set up roadside booths or food stalls on streets on a regular basis over the weekend. The vendors had been banned to keep the cities clean, and their return is expected to help increase people's incomes and revive local economies hit hard by the novel coronavirus(新冠病毒) outbreak.
On May 30, the cultural-ethical civilization committee office of Changchun, capital of Jilin Province, announced that it would encourage and support the opening of night markets and temporarily lift a ban on roadside markets. Night markets and food stalls can be opened in designated areas in parks, public squares and empty spaces as long as they don't interrupt traffic and local life. They also have to pass environmental protection assessments, the office said.
People are also being allowed to set up temporary roadside businesses, which were previously targeted by city administrators because they have often caused traffic jams and pollution. There will be no charge for running a business in a designated roadside area, but they must operate in an orderly manner, the office said. It urged city administrators not to punish vendors unless it was necessary. Instead, they should educate the vendors about their bad behavior and help them correct it.
Whether a city can effectively manage roadside businesses and vendors has been an important criteria during the evaluation process for the "Civilized City" title, but the national cultural-ethical civilization office decided to remove that criteria during this year's assessments to support the recovery of local economies, China Central Television reported on May 27.
"Encouraging roadside businesses doesn't mean there won't be administration," Wang Yukai, a professor at the National Academy of Governance, said on May 31. "In many cases, the bigger the city is, the less tolerant it is of roadside businesses. Actually, it's a good opportunity to find the balance between city administration and roadside businesses, so the businesses can be sustainable in the future."
本时文内容由奇速英语国际教育研究院原创编写，未经书面授权，禁止复制和任何商业用途，版权所有，侵权必究！(免费同步微课、每日口语、单词速记关注奇速优课公众号)
请先登录
最新评论
点击显示
本文翻译请先完成本篇阅读