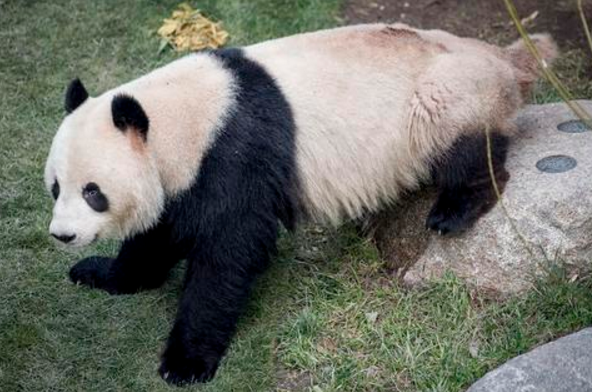 Copenhagen Zoo's CCTV caught the video of Xing Er, a seven-year-old giant panda, walking in the garden area after escaping from his new panda house. The video showed the panda climbing up a metal pole then finding his way around three electrical wires before he crawled out into open land and was seen by a door keeper.
Xing Er, who had escaped from his house before when the zoo was not open, was soon caught by workers and controlled with a tranquilizer dart(麻醉镖), yet the workers said he was not harmed. Bengt Holst, the zoo's spokesman, said that they will make changes to safety to make sure that the panda will not escape.
The Panda House is also home to Mao Sun, a female giant panda. Xing Er and Mao Sun were both gifts to Queen Margrethe after her visit to China in 2014. Their $27 million panda house looks like the yin-yang symbol.
Beijing lends out pandas for 15 years to other countries as a sign of friendship, and baby pandas born during this period belong to China. The Copenhagen Zoo was ready to reopen to the public but was able to open late with new government regulations.
本时文内容由奇速英语国际教育研究院原创编写，未经书面授权，禁止复制和任何商业用途，版权所有，侵权必究！(免费同步微课、每日口语、单词速记关注奇速优课公众号)
请先登录
最新评论
点击显示
本文翻译请先完成本篇阅读