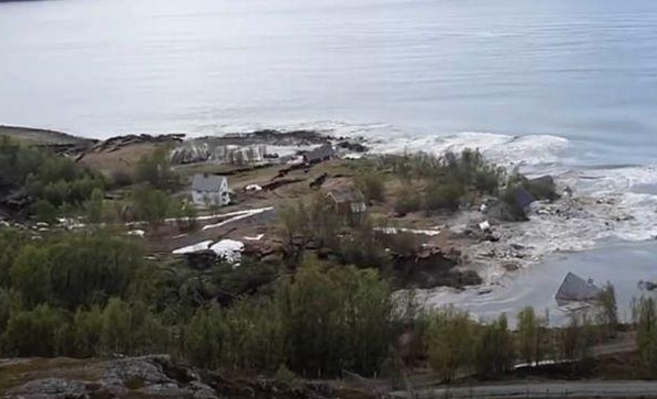 In the north of Norway a big landslide(山体滑坡) happened. The earth started to move into the sea. Eight houses ended up in the sea. A man filmed the landslide. He saw that the land was moving. He ran away. The landslide destroyed the man’s house.
Most houses are holiday homes. It means that they are empty now. The police said that nobody was hurt. A dog got stuck on a piece of land. The dog could not run away. Rescuers in a helicopter saved the dog.
Experts say that landslides are very normal in Norway. However, this landslide is very big. It is 2,100 feet wide and 492 feet high. It is not usual in this part of Norway.
本时文内容由奇速英语国际教育研究院原创编写，未经书面授权，禁止复制和任何商业用途，版权所有，侵权必究！(免费同步微课、每日口语、单词速记关注奇速优课公众号)
请先登录
最新评论
点击显示
本文翻译请先完成本篇阅读