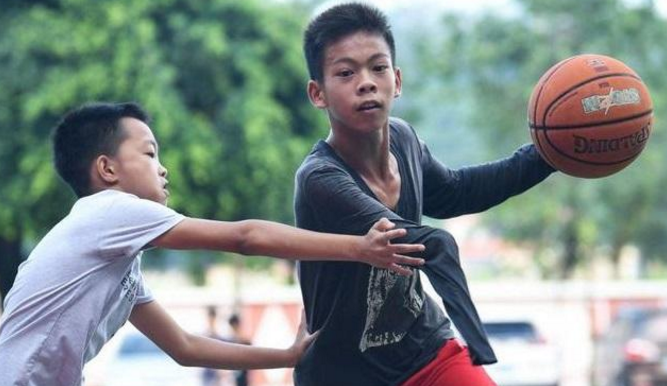 A video, which shows a one-arm Chinese teenager is playing basketball, is very popular recently.
"I didn't even realize he had only one arm when I first watched the video," said one netizen. The thirteen-year-old teenager is Zhang Jiacheng. He is from Yunfu City, Guangdong Province. He lost his right arm because of an accident, but he didn’t give up his basketball dream. He practised playing basketball wherever he was, at home or on the playground. Zhang said he began to practice playing basketball from 2018. He couldn’t dribble and shoot at the beginning, but now he doesn’t want to put it down when he takes the basketball. He is very excited whenever he feels it. Even if playing against players far taller and stronger than him, he still plays with firm determination and shoots the ball while being defended.
National Basketball Association(NBA) star Stephen Curry said that he wants to find the one-armed Chinese boy. "Who is this kid? Help me find him! Keep doing you and don't let anyone tell you that you can't," the Golden State Warriors player wrote to his 4.5 million followers on China's Weibo.
本时文内容由奇速英语国际教育研究院原创编写，未经书面授权，禁止复制和任何商业用途，版权所有，侵权必究！(免费同步微课、每日口语、单词速记关注奇速优课公众号)
请先登录
最新评论
点击显示
本文翻译请先完成本篇阅读