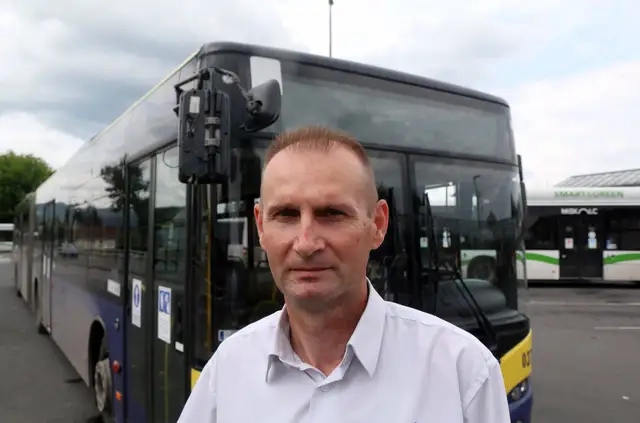 The video on his bus cameras shows that driver Károly Zsolt Kis pulled over to save an old woman in Miskolc, Hungary. Károly once served the army in Iraq. He was driving near the town's Újgyőr market when he saw a man trying to take a handbag away from an old woman with a walking stick.
He drove the bus suddenly to the other side of the road and stopped next to the woman and the man. He then jumped out, ran over and shoved the man away from her. The man ran away. Károly stayed with the old woman to make sure she was safe. He then helped the woman on to his bus before he continued on his route. The woman was not injured but she was afraid after the attack.
The good news came. The police found and arrested a 27-year-old man shortly after the incident.
本时文内容由奇速英语国际教育研究院原创编写，未经书面授权，禁止复制和任何商业用途，版权所有，侵权必究！(免费同步微课、每日口语、单词速记关注奇速优课公众号)
请先登录
最新评论
点击显示
本文翻译请先完成本篇阅读